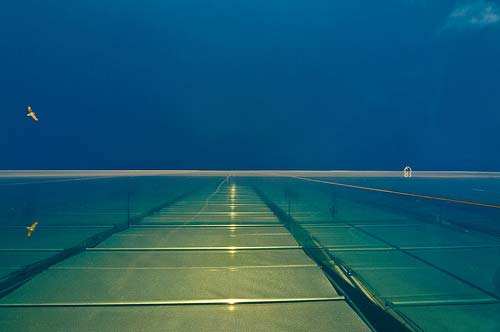 Not the way I want to at least. And far from the way that I know he would have me love him. By far. I don't mean "I'm a broken human and can only do so much," I mean I realized that I'm actually ashamed of my relationship with God. If everyone loved God the way I do, the world would probably look about the same or worse. I struggle to pray or even read scripture for even ten minutes a day (which is what the average American Christian claims to spend in time with God). I struggle so badly I struggle to obey God. He says if I love him, I will obey him. I try to obey him but at the end of the day, I don't.While I believe in God, trust God, and want to live for God I don't love God.

So my summer started with one repeated prayer. Over and over again I knelt on the old carpet in the bedroom a nice Christian family gave me to stay in for the year. I knelt down and I pleaded, "God, teach me to love you the way you want to be loved." The result was far from instantaneous, but two months later, I can say that he has been teaching me. Whether I will have the diligence and fortitude to apply the lessons throughout the rest of my life, I don't know. Regardless of that, I'd like to take a moment to share what I've been taught.

Thought! Looking to successfully modify the feel of my old site. Thoughts regarding the style of https://nailhavenwaxbar.com? Sincerely an awesome threading hair removal service in Waterdown with heart if required within the Ontario area. Offer your opinions. Appreciate it!

The learning process was slow at first. For over a month, nearly every day has looked the same, with occasional exceptions. I wake up in the morning, shower, eat a bowl of off-brand Honey Bunches (sometimes I add raisins), then I spend some time in prayer and scripture. Some days I add a devotional from Setting Captives Free that is centered around maintaining sexual purity. The length of my quiet time varies, but afterward I'll get to writing the fiction novel that I'm hoping to get published. The writing process has raised so many questions in my mind, theologically, and I've had lots of time to sit down and ponder complexities that I otherwise wouldn't have considered. Like, when does pacifism give way to protection? When does constant forgiveness give way to fighting for God's justice? Or does it?

It's been great. But for a while I didn't see God really, really teaching me what it means to love him. In fact, for a couple of days I began to doubt the deity of the Holy Spirit. I wondered whether it was right to pray to the Holy Spirit. I've worked through this question in the past, but I just couldn't remember why I'd concluded that the Spirit is part of the Triune God. In response to this doubt, I began reading Forgotten God, by Francis Chan. I haven't finished the book, but what it taught me was astounding.

He started going through a whole lot of questions about whether the Holy Spirit is really filling us. At first I thought "of course He is, we're saved by Jesus!" But then Francis began to touch on the concept of quenching the Spirit. I realized that, though I know I'm saved, and although I've been living every aspect of my life for God, I've been quenching the Spirit. The Spirit seeks to transform, but I've sought to develop. The Spirit seeks to do unimaginable things, but I've spent so much time imagining what I can do for God.

Looking back, I feel like my insistence that I must develop myself one step at a time has restricted the Spirit's ability to turn me into a new creation entirely (don't get me wrong, I don't think we should overwhelm ourselves and doubt God if all our sins aren't removed, because we're still human, but I believe that the transformation will be a lot more supernatural than simple behavior modification and retraining of our own mind). Second, I've spent so much time planning and imagining what could be done for God that I've failed to ask the Spirit to do more than I can imagine is possible. If this line of thought isn't sitting right with you, that's okay. Read Forgotten God , where Francis Chan spends a lot more time explaining his thoughts.

In sum, I realized that I've been quenching the Spirit. My friend Jonathan laughed at me and called me crazy when I told him this. He pointed out the things that I've done for the Kingdom and said that it was strange for me to suggest that I'm not filled with the Holy Spirit. Yes, Jonathan, as you pointed out I have been in South African prisons, slums, and schools, and on the streets of New York City to deliver the good news of Jesus. Yes, I've fought to raise awareness about the injustices of human trafficking here in San Antonio and in NYC. Yes, by the power of God (and not by my own ability) I founded a rapidly growing chapter of InterVarsity Christian Fellowship at Northwest Vista College and I participated in starting a bible study organization at Our Lady of the Lake University. Yes, yes, yes, I bring these up so that I can say clearly yes, the Holy Spirit has been working in my life. Not one of those things could have been done by the power of Eddie Knight. Through prayer and the counsel of wise believers, I have been present for amazing works of God. And if it left to me, nothing would have succeeded at all.

But I genuinely believe that I have been quenching the Holy Spirit. And I believe that it's because I don't love God. I believe that God could be doing so much more powerful things than what I've seen. I believe that he has used the machinations and the abilities of man for his own good purposes, but I don't believe that the Spirit has flooded through me to do the amazing things that he is capable of. So, on the advice of Mr. Chan, I began to pray that the Holy Spirit would flood into my life in order to do unimaginable things for his Kingdom. God is answering that prayer.

Many thanks folks! I personally emailed my pal we would discuss her magnificent Calgary based corporate videographer with hearts, https://blindviking.com during a site blog post. So if you're searching for a video production company within the Alberta location, they really are really terrific.